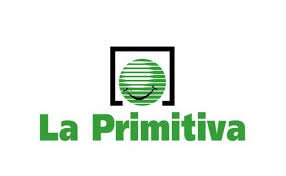 One of the most popular - and oldest - lotteries in Europe is the Spanish La Primitiva.

La Primitiva began in the 18th century as a match 5/90 lottery, created by royal initiative to raise funds for the Spanish treasury.

One of the most popular—and oldest—lotteries in Europe is the Spanish La Primitiva. With a €3-million guaranteed minimum jackpot, no cap on rollovers, and two draws per week, the bi-weekly La Primitiva offers a lot of things for lottery lovers to get excited about. As a result, it’s become something of a cultural phenomenon and tradition within the country, with 98% of Spain’s residents buying a ticket to it at least once every year. If you’re wondering if this is a lottery worth playing from abroad, our Spanish La Primitiva review should help you decide.

La Primitiva has handed out billions of dollars in prizes in its modern format. The Spanish lottery offers attractive winning odds and exciting jackpots that are characteristic of Spain’s games of chance. La Primitiva proudly traces its roots as far back as 1763, making it one of the oldest lotteries still operating in the modern world.

La Primitiva began in the 18th century as a match 5/90 lottery, created by royal initiative to raise funds for the Spanish treasury. The lottery flourished for 100 years and returned in modern times when the Organismo Nacional de Loterías y Apuestas del Estado (ONLAE) reinstated La Primitiva in August 1985. The 6/49 lottery format introduced by ONLAE is still in use today.

On 17 October 2015, after 56 rollovers, one lucky ticket matched the winning numbers for a €101.7 million jackpot! This is the highest La Primitiva jackpot ever awarded, as it surpassed a €73 million jackpot won in February 2014.

To play La Primitiva online, players choose six numbers from a guess range of 1-49 and an additional Reintegro number between 0-9. As well as being used to determine the 6+R jackpot prize, matching the Reintegro entitles you to a refund on the official lottery ticket price!

In the draw, a seventh ball, called a bonus ball, is drawn from the same drum as the regular guess set. While this bonus number cannot help make a jackpot winning combination, matching five numbers + one bonus ball (5+1) entitles players to the second prize.

The odds of matching all six main numbers as well as the Reintegro number are 1 in 139,838,160. La Primitiva also has five secondary prize categories, awarded for matching 6, 5+1, 5, 4 and 3 balls to those drawn.