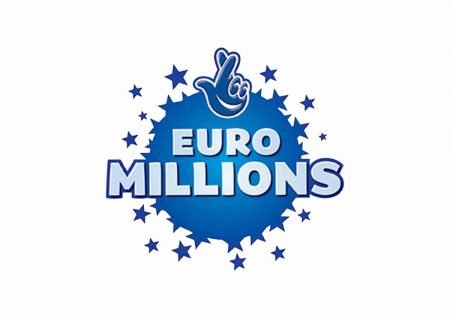 Offering some of the biggest jackpots ever seen, especially via its highly acclaimed Super Draws that cap out at €200 million!

The Euromillions is an international lottery, where players from 11 different countries take part for their chance to scoop the jackpot.

When the British, French, and Spanish minds behind EuroMillions first came up with the concept of this transnational lottery, they figured it would attract more attention, greatly increase the overall prize pool, and boost the operators’ revenues. And, boy, were they ever right. EuroMillions quickly grew in popularity throughout Europe and eventually the entire world—with countless players from other continents now playing the game online. Offering some of the biggest jackpots ever seen, especially via its highly acclaimed Super Draws that cap out at €200 million, EuroMillions also offers better odds than many other international lotteries of this size.

EuroMillions syndicates are incredibly popular as they increase a player’s chances of winning without necessarily increasing the cost. Of course, any prizes won are shared between all syndicate members.

While there is no guarantee that playing each week, or as part of a syndicate, will secure a win, it is entirely feasible that you could win the jackpot the first time you buy a ticket. In 2013 17-year-old Jane Park of Midlothian, Scotland, won a £1 million prize after buying a lottery ticket for the very first time.

EuroMillions is a game of chance and the random, unpredictable nature of the lottery means that everyone is in with an equal chance of winning a prize regardless of personal circumstances. There is no reason why you couldn’t be the next big winner – unless, of course, you don’t buy a ticket.

While the idea for the EuroMillions was conceived in 1990, the multi-country lottery only became a reality in 2004. In February of 2004, three lottery organizations from different European countries (Française des Jeux from France, Loterías y Apuestas del Estado from Spain, and the Camelot Lottery from Britain) came together to form the original EuroMillions. The following October, the Austrian, Belgian, Irish, Luxembourg, Portuguese and Swiss lotteries all joined the lottery as well. With the addition of more countries, the jackpots began to break historical records.

Today, EuroMillions is enjoyed in the UK, Switzerland, France, Austria, Belgium, Ireland, Luxembourg, Portugal and Spain.  Players can participate in this lottery from around the globe by playing online with LottoAgent.

EuroMillions moved from a once a week format to bi-weekly draws in May in 2011. Since then, its popularity has continued to grow along with its jackpots. Proceeds are distributed amongst the cooperating lottery organizations.

To win the EuroMillions top prize, players must successfully match all five numbers drawn from the main drum and both Lucky Stars. The jackpot limit of €190 million was reached four times: in August 2012, October of 2014, October 2017, and October 2019. Since then the jackpot cap has been raised to €200 million.